Utrecht is the fourth largest city of The Netherlands. Its history goes back to the Roman Period, Ultraiectum. It is also the hometown of Miffy’s creator, illustrator Dick Bruna, who lived and worked in Utrecht his whole life. A few years ago, Utrecht’s Centraal Museum decided to create a permanent exhibition called Nijntje (Miffy Museum) to honour Bruna and his illustrations. This child-orientated attraction has several play areas and theme rooms based on Mr. Bruna’s characters.

A highlight is strolling along the beautiful Oudegracht, the old canal running through the city center. Starting in the southeast section of the city, the Oudegracht traces, in part, what was once the original route of a section of the Rhine,
Once Utrecht’s network of locks was completed in 1275, the shores of the canal began to be settled, with numerous quays, wharves, and warehouses added. Today, many of these old buildings and their cellars have been turned into restaurants, cafés, galleries, and boutique shops.

The Cathedral and Dom Tower, which has been standing in Utrecht’s city center since the 14th century, is likely the most iconic building in the city. It was originally built to accompany a nearby church called St Martin’s Cathedral, but became a freestanding bell tower after a catastrophic storm halted the building. The Oudegracht, houses unique historical shipyards. The rich past of Utrecht creates unexpected encounters.

The Rietveld Schröder house was years ahead of its time, this small but uniquely conceived house was built in 1924 by celebrated Utrecht designer Gerrit Rietveld. He’d be amazed to find that it’s now a Unesco-recognised monument.

Walking tour with a twist, discover one of the old Café’s on the Oudegracht where we will have a pause. 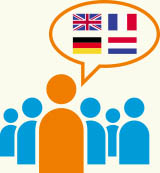